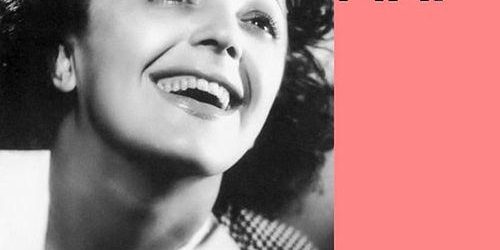 I had been at my home in Frederick street, Loughborough.  It was a cool Autumn day and I had the back door open. I could hear the birds coming from the aviary in the park. The aviary was at the end of my garden and it was a sweet sound to hear.

Today was interview day. I would be going to John Storer house in a few hours and had everything crossed for this job. As I sat at my table, a song started to be play. The chimes and bells in the park were playing “La Vie En Rose.” I ran outside and stood on the grass just listening to the tune. I felt like I was being transported to another place and the music was lifting me and my emotions to another level.

I came back in and researched the song and found that the original singer was Edith Piaf, I didn’t know much about Edith. When I read about her, my eyes filled up.  I couldn’t quite believe what I was reading.  I often wonder where people get the strength to carry on.  It must be a flicker of light that still burns inside that holds on.

Here is my tribute to this wonderful Lady.

Sometimes in our life’s we are fortunate enough to come across  someone who truly touches our hearts.  A person who makes us feel and think in ways that we have never done before.  Edith Piaf is one of those people.

Her voice touched millions of people.  She sang about life, love and loss.  She herself suffered so much heartache and pain, and yet when she sang she sang, with so much love, that you could actually feel the words well up inside you.  Her on stage performance went beyond that of a lady singing to her audience, but of someone singing to her lover.  It was all about love for Piaf.

Despite everything that had happened in her life, love was one thing that she believed and said that without it we are nothing at all.

Although Piaf was never short of admirers and was married twice, there was only one great love of her life,  Marcel Cerdan a boxer who died in a plane crash. Even though she lost the love of her life she still sang and gave hope to millions of people that whatever life throws at you, good things still happen and finding love is one of them.

Piaf died at the young age of 47, she had liver cancer.  Although she was denied a Roman Catholic funeral, her fans came out and it was reported that there was over a 100, 000 of them. Her work is still enjoyed and listened to around the world.  Her songs have featured in many films and many films have been produced about her.

Edith was reported as saying that although we lose loved ones, death is never the end and in fact a new beginning and one day we will all be reunited with the ones we love.