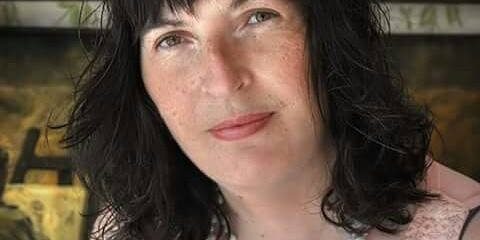 Where did it all begin?

This is a question I ask myself quite a lot, so here is what I came up with.

As a young child I grew up in a cul de sac. This was no ordinary cul de sac. We lived right opposite Loughborough College in Leicestershire, it was very popular for Art and Design. I had been born in our house and my awareness of the college would be around the age of 8.

At the age of 9 a young girl called Laura moved in two doors up from me. Up until this point there had been no other girls on the street only boys, so to pass the time I had to play football and top trumps with them. Laura and I had both been born in the same year 1968, so we were the same age give or take a few months.

Laura and her family were very different to mine, they were all creative and played musical instruments, none of which I could do. I liked to listen to music and make up dance routines. Laura loved to draw and paint and told me that one day she wanted to be an artist. She made some fantastic things and I remember her mum inviting myself and another girl to come round and make rag dolls. The dolls were huge and were as big as me.  Mine didn’t look that great but Laura’s did. We did have one thing in common and that was her school Mountfield’s. I would go with my mother as she cleaned there when all the children had gone home. We didn’t have to go far to get to it either as it was just across the main road from where we lived.

It could be quite boring for me some days, but a lovely teacher Miss Keeble invited me to make some Christmas decorations with her.  I went and asked my mother and she said I could. We sat and made tiny doves and paper chains. The glitter was the best part though that we used for the Christmas cards. Who would of thought that beneath all the loose glitter, a few shakes and if by magic a Christmas tree appears.

As the years went by I didn’t do much art at school, but there always seemed to be some kind of attachment to art in my life. As stated earlier my mum worked at the school, but this was about to change and she would now be cleaning another building. It was originally owned by the mayor of Loughborough Joseph Griggs way back in the 1870’s. Fast forward and the building had people that were involved with working for the performing arts.  They were called the “Art Council.”

I spent many hours exploring this old building and even found a secret passageway in the wall. It was a few floors up and one day I opened the little door and went inside. Once inside I followed the passage down and down until I came to the end. There was another door and when I opened it I found myself at the back of the building near to where the kitchen was.  The outside had been boarded up. It could have been another staircase that was no longer used.

Over the years Art would disappear from my life, but it returned again in 2011, when I had been made redundant from a company that I had worked for, for many years. The whole site was closing and relocating. It was a massive shock to everyone. A few months after being made redundant we decided to finally get a new kitchen.  I had been given a very good redundancy package and some of the money went towards our new kitchen. We had picked out everything but we had to find an electrician to put in some new lights and sockets for us.  I rang around and a few came out to give us a quote, but none were suitable and the prices were sky high. Then one day I rang a company and the man on the other end told me that his partner lived near me and would call to my house later that day.  True to his word the door knocked and when I opened it there was this young man standing there. He had curly black hair and a bit of facial stubble. He introduced himself to me and I to him and then he came into my house.  I showed him to where the kitchen was. After talking to him for a while I asked him where he was from as his accent was not local. He was originally from Bristol but had been in Loughborough as he had been to University and liked it here so stayed. He said that he would be away for the weekend as he was going to Ireland.  Ireland, I said my family are from there.  It turned out that his dad was from Belfast and my mother was born not far from there Ballycastle.  We chatted about the Giants causeway and how we both loved it.  He left and in a few weeks he came to my house and completed all the work that we needed doing. Then off he went.

I had no idea, that all the time that he was working at my house he lived around the corner from me, I knew he was close by but not that close. The other surprising thing was that at University he was at Art College studying Design and Textiles.  The building was not on the big University campus, but rather over the road from my old house where I was born.

We often saw each other from time to time and then one day he told me that he was going travelling around the world.  He would be leaving in a few months.

Just before he went I was told that he had set up a new “Free To Use” art tutorial website. I messaged him and he told me all about it. He was buzzing and really excited.  I had a look when I got back home and it looked really good. Not that I knew much about art, but little did I know that, that was all about to change.

I looked at Youtube quite a lot, but now found myself looking at art and all the tutorials. Then one day I came across one, it wasn’t just the art that drew me in but the music that was playing, It was “Dream It In Color” and the Song: Modern Love was by Matt Nathanson. I emailed it to the site and within a couple of days I received a reply back, asking me that if I wanted to I could help out on the art site and that we could work something out.  At first I thanked him for the offer and declined, as I didn’t really have the experience. Then I changed my mind and thought why not give it a go. So I emailed back about my decision and he told me how happy he was that I would be working on the site. I learned that his dad and his brother would be working on it. His brother was the technical person and built and maintained the site, while his dad and himself, who were both artistic, sought, described and posted the tutorials.

My very first tutorial I found and wrote about, I received some really good feedback for.  It was quite technical, a bit out of my comfort zone, but I gave it a go. As the months past, I learned so much about art.  I visited my local library every week and bought many books home. I discovered artists I had never heard of before and learnt all about  different types of art. I really enjoyed it and as my confidence grew, I began to search for areas in which art had, had a major impact on someone’s life and where it had greatly improved their mental health and had aided people through their recoveries from drug addiction, major surgery and abuse.

The art was just one side of my discovery and a passion for something that I never knew I had, even though for most of my life it had been around me. The other side was my writing ability. I had no idea that I could write the way that I did. Somehow by watching artists and listening to their stories, I was able to share their work to others with such compassion and love.  I have always been a caring and sensitive girl and now I was able to show and express this more by writing.

Eventually I started to write more free hand and would write blogs, which gave me more freedom in terms of the topics I was writing about.

I owe a lot to my Electrician/Art friend who saw something in me and gave me a massive opportunity which I will forever be grateful for. A dark haired, hairy faced man, who I call my Irish scallywag. Without meeting him none of this would have happened.

In total I spent 5 years writing on this little art website “ArtisanHq.com.  I was never paid and I never asked for any money either.  I was happy to help and by doing this in return I grew and grew in confidence and knowledge.

Art and writing have become my passion.  I read somewhere that said “sometimes you don’t need to be the best in your field, but what you need is a creative flare and a good eye.” I think I have both.

I hope that all the work that I produced people liked it and learned many new things from it. I know I have.

Ian Thomson “The Twists And Turns Of Being An Artist”
October 4, 2018