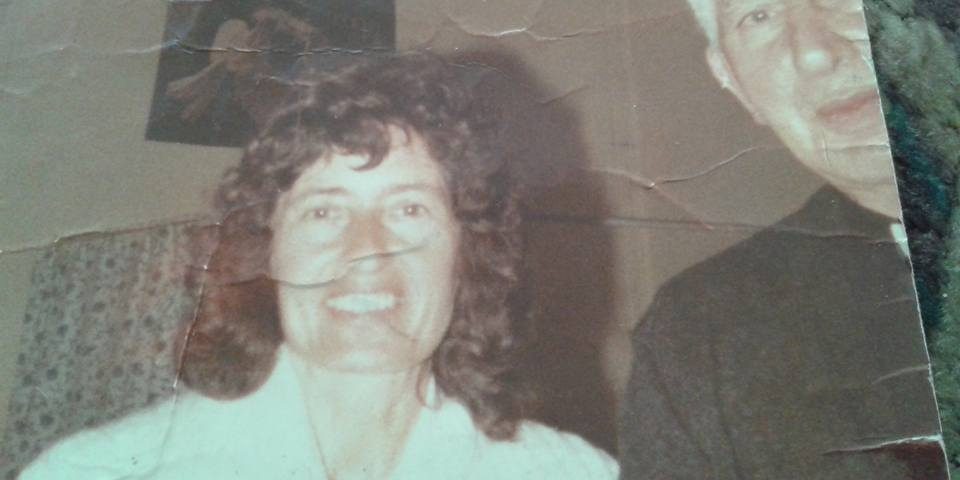 I had my 16th Birthday in July and then in August, something really terrible happened. I was at my Aunt’s house and my dad had to take my mother to London hospital as her stomach had swollen quite badly. On his return, he came back alone without her and had to leave her there for some tests. A few days later when he went back they were both told some very bad news. When he got home he broke the news.

I was sitting on the hall stairs when my dad sat in the lounge talking to my youngest brother. They discussed the news and I remember my dad said that there was nothing more that they could do. The cancer had returned and that she had a few months to live. Neither of them knew I was there. My mother’s wishes were to come home to her family and this was granted.

This was back in the 80’s so to hear someone had cancer was massive not only for the people concerned but to friends and relatives. There was no help like counselling etc to deal with it. We all struggled with what was happening.

My mother deteriorated quite quickly and she was able to be downstairs but very soon it was too much as the pain was unbearable for her. She spent most of her time in bed. I used to sit in her room talking to her. Sometimes though towards the end she had that much morphine she was unconscious and didn’t know I was there, but I still talked to her.

She spoke of her mother, my granny coming to her and saying that there was a small devotion in heaven for her. Only now do I understand that my granny had come to see her and that when she did finally pass, my granny, her mother would take her to heaven.

I was with my mother when she died. I sat on the bed next to her and held her hand.  I had been out and when I got upset my cousin told me to go home.  I did and made it home in time.

It’s only now when I write this and I look back that I realise that she was waiting for me. She couldn’t go until I was there by her side.  Although I was afraid of the dark and losing my mother, I would be the child to be with here when her Guardian Angel and her mother came for her.

When she died I asked my dad if I could kiss her and he said yes. The very bedroom that she died in was the bedroom I was born in. She saw me come into the world and I saw her go out. In someway helped her to go to heaven.

After she died people came to the house that night. I was asked if I was okay and I said yes. But I wasn’t. I could hear crying outside.

It was a terrible thing to happen. She had been recovering and although her health was not 100% she still managed to get out and about.

That night and the days and weeks were awful for all of us.  Life never prepares you for something like this, none of us knew what to say or how to cope. We didn’t know anyone else who had been through this either.

It became the loneliest time of my life when she died.  All the happiest had been taken in that one moment when she passed away.  My mother and family had all gone to church and we all prayed for her, but our prayers had not been answered.  Why would God, take a young woman like my mother away from her life, family and friends. She had so much to look forward to it was so unfair.  What did she ever do in life to deserve this, its something that none of us could understand?

After this and the funeral, none of us went to church anymore and our faith in God had vanished.  Hurt and anger were emotions that we all started to feel. Instead of being a happy family like we were before all this happened and be together, we three that were left in the house lived pretty much our own lives. We did our own thing and if we were at home we weren’t in the house for very long.  It became a very sad place indeed and some nights I would sit at home by myself in an empty house.  This would continue for many years to come.