Highbury Guest House – How An Idea Became A Reality 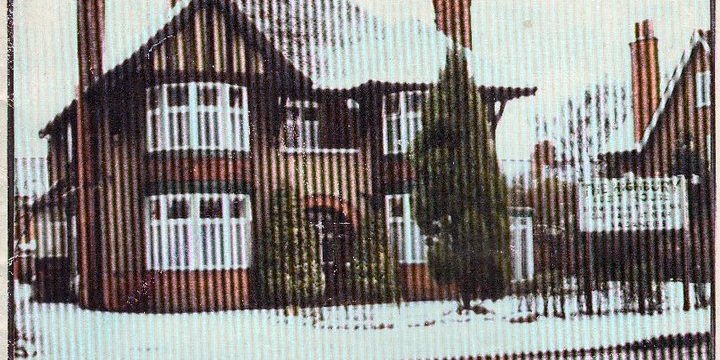 My middle brother had seen this house many many years before it became a guest house.

It’s funny how someone can see something and have an instant vision for the place. It’s almost as though my brother was meant to see it and that the thought of it being a Guest House was given to him in that instance.

My family at the time had been looking for a place. It would be too expensive to buy an already established one so they were on the lookout for a house to buy and convert it.

After seeing the property my brother told the family all about it and how it would make a great Guest House.  The only thing was that it wasn’t for sale at the moment, but that would all change.

It’s All In The Timing

“When you put a thought or an idea out into the universe and when the timing is right, whatever is in your best interest and is meant to be will come to you”

Eventually, it was on the market. Again it was my brother who reminded the family about this place and that it was now up for sale. With this news, a viewing was arranged.  It was perfect, it was large enough and had plenty of rooms upstairs and could be converted to add more.  It was detached and also there was parking at the front and rear.

After talking to the owner,  my family discovered the man selling it was looking for a smaller property to move into.  My family had a house, not the current one that we were living in but the previous property, up near my old School De Lisle R.C.  The man was very interested to hear this and went and viewed the property.  He really liked it and an exchange was made.  The only thing now was to sell the current property the “Ponderrosa” that we lived in.  It was not an easy sell, I don’t think it was anything to do with the house, but the climate had changed somewhat and people were not buying as the interest rates were slowly creeping up and everyone was a bit cautious. Eventually, the house was sold.

Finally, moving day came around. It was all hands on deck today, All the family helped to move us. When we did get all of our belongings in it was then a day of cleaning all the rooms. Hoovering, washing down etc.  The kitchen was scrubbed and cleaned until it sparkled.

This was my bedroom. You can see it in the photo. You stepped out onto the balcony and you could see the Grammar School across the road and all along the road.  It was amazing to have this room.  The balcony no longer exists now, but it did back then.

As night time came we all sat down to fish and chips, we were exhausted, but we were in.

From today, the place would take on a new identity, not overnight but gradually. First of all two guests came and as each guest arrived the money was put back into the house to convert each room.  Eventually, it became a fully established Guest House.

It was very hard work for my father and step mum, who were both working at the time as well, it was well loved by everyone that stayed here.  The place was full of people from all over the world, who came back time and time again.

There was laughter, friendship, Stories and a few drams here and there.