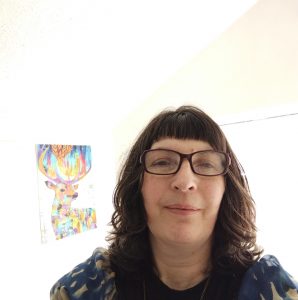 My earliest memories are of me sitting under the huge fruit trees in our garden. Plum, Damson, Pear and hidden in a corner was a gooseberry bush.

My dad told me that I would sit here for hours playing and eating the muck and playing with the worms. Not only did we have the fruit trees, but there were many different flowers . Sweet peas lined the path towards the bottom end, followed by many large sunflowers and then finally a very sweet smelling old fashioned rose.

There were plenty of vegetables and some tomato plants in the greenhouse. This little greenhouse also housed a beautiful and sweet smelling Lily with bell like flowers.  The smell of the Lily hit you as you opened the door. We also had plenty of animals.  A chicken coup, rabbits in hutches and birds in cages outside. 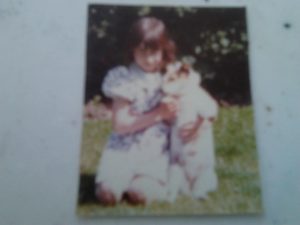 I spent hours and hours outside playing and also playing in the field that was just across from our back lane. I loved jumping through the bushes and into the field.  Right at the top of the field was a small hill and I would often roll down it.

Just after my fifth birthday I started school. I was a summer baby born on the 16th July 1968.  I was supposed to be born in hospital, but I had other ideas and instead decided to come just as the midwife had left. This meant that my dad had to deliver me.  He did so and to his and my mum’s surprise after having three boys, they finally had a little girl. 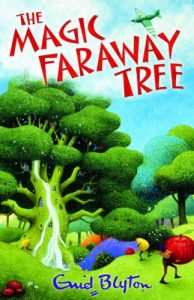 Growing up I struggled to read. I spent some time with a teacher who did some reading with me. The help with my reading would continue and I did start to get better.  But, as the years went by I was never very fond of reading. I would pick them up and then put them down. I don’t know whether it was because I struggled to read or that the books just were not that interesting.  Then one day I was given a book to read “The Magic Faraway Tree” this book was the first book that I was really interested in. The story was one that I found really fascinating.  That a group of children would visit a large tree and then climb up it. This was no ordinary tree, it was magical and at the very top of the tree in the clouds were different lands and people and animals lived there.

My love for the trees and flowers and nature never stopped and as I grew older I went with my mother as she worked in the evenings at a school.  The grounds of the school was filled with Conker trees and lots of places to run around in.  One part there was a huge mound and I would climb up it and pretend it was a mountain.  It seemed that way to me. 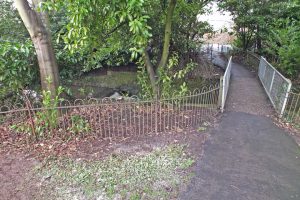 Coming home we would cross over a walkway that was a bridge that had a brook beneath it. You could lean over both sides and watch the water running along. As we were watching one day a Kingfisher bird flew along the brook. I had never seen one before and my mother told me what it was. Such a bright and colourful bird.

My Road To Discovery Was Not Easy

My Surroundings, including my birth at home, were meant to be and would set me on a path of discovery. I became interested in learning about the spirit world and where we go when we die.  I read lots of books, yes read, I bought lots of books and magazines.

There has always been some confusion for me.  I would read about other people and they would talk about having all these experiences as a child, whether that was seeing Angels or even a loved one that had passed over but that had never happened to me.

Then one day, as I was at a counselling session we did some meditation work.  I was asked to visualise myself in a plane and going above the clouds and as we did we moved along my life line.  As I continued to do this, just towards the end I saw my mother standing there.  My mother was in spirit now and had been for many years.  I began to cry and really felt that she was actually here. I could see her so clearly.  When I opened my eyes the lady asked me if I was okay and I told her what had happened. She told me that she did not want to upset me.  That It wasn’t real and I didn’t really see my mother.  But knowing what I know now. I had indeed seen her.  The building I was in was one that my mother used to take me to as it was our dentist.  When I was in the waiting room I used to ask her to sit with me as I was scared.

After looking over my life, I now “finally see” how everything fits together and makes sense.

All these years I have been visited by Angels and Spirits. I can feel their presence and hear their words.  I am able to journey through meditation to see them.